NOTE: Some of the following data can be also applied to the chapter “Transmission within herd”. 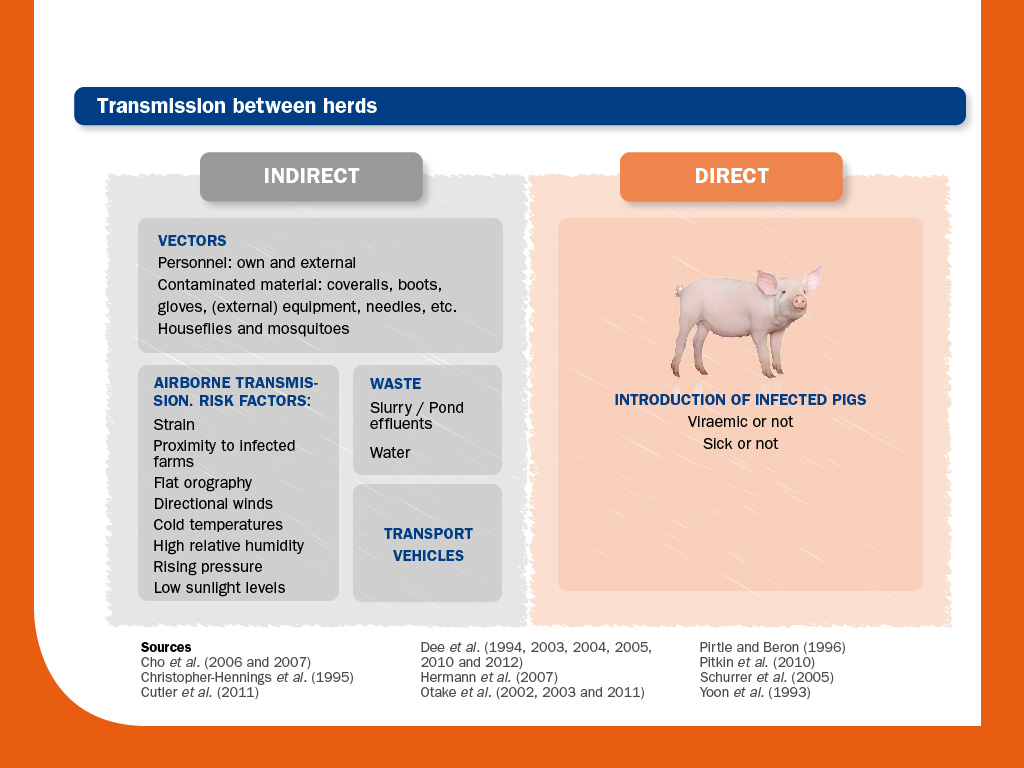 The most frequent routes of PRRS virus transmission between herds are the introduction of infected animals and the use of contaminated semen.

PRRS virus is spread mostly by semen and direct contact with infected animals. In the second case, the highest risk situations are introduction of positive replacements in reproductive herds, or introduction of weaned piglets from different sources (positive and negative) in fattening units.

Regarding replacements, besides being a very important source of virus introduction, particularly when they are from an external herd with an unknown or positive PRRS virus status, negative gilts also have a significant role in the circulation of the virus when introduced on a positive farm; in this last case, they act as a constant flow of susceptible animals, which contributes to the infection being sustained.

Regarding transmission by other species, feral swine may act as a source of the virus, whereas many other species, including dogs, cats, raccoons, rats, mice, etc. are not susceptible to infection.

For more information about the role of semen and direct contact in PRRS virus transmission, please see the point “Transmission within herds” later in this section.

As detailed in the section “Physical and chemical characteristics of PRRS virus”, the virus is fairly labile in the environment.

It is important to point out that the virus does not persist in the environment or survive on fomites under dry conditions, and that cold temperatures favour its survival.

Nevertheless, indirect transmission of PRRS virus has been demonstrated by several routes. 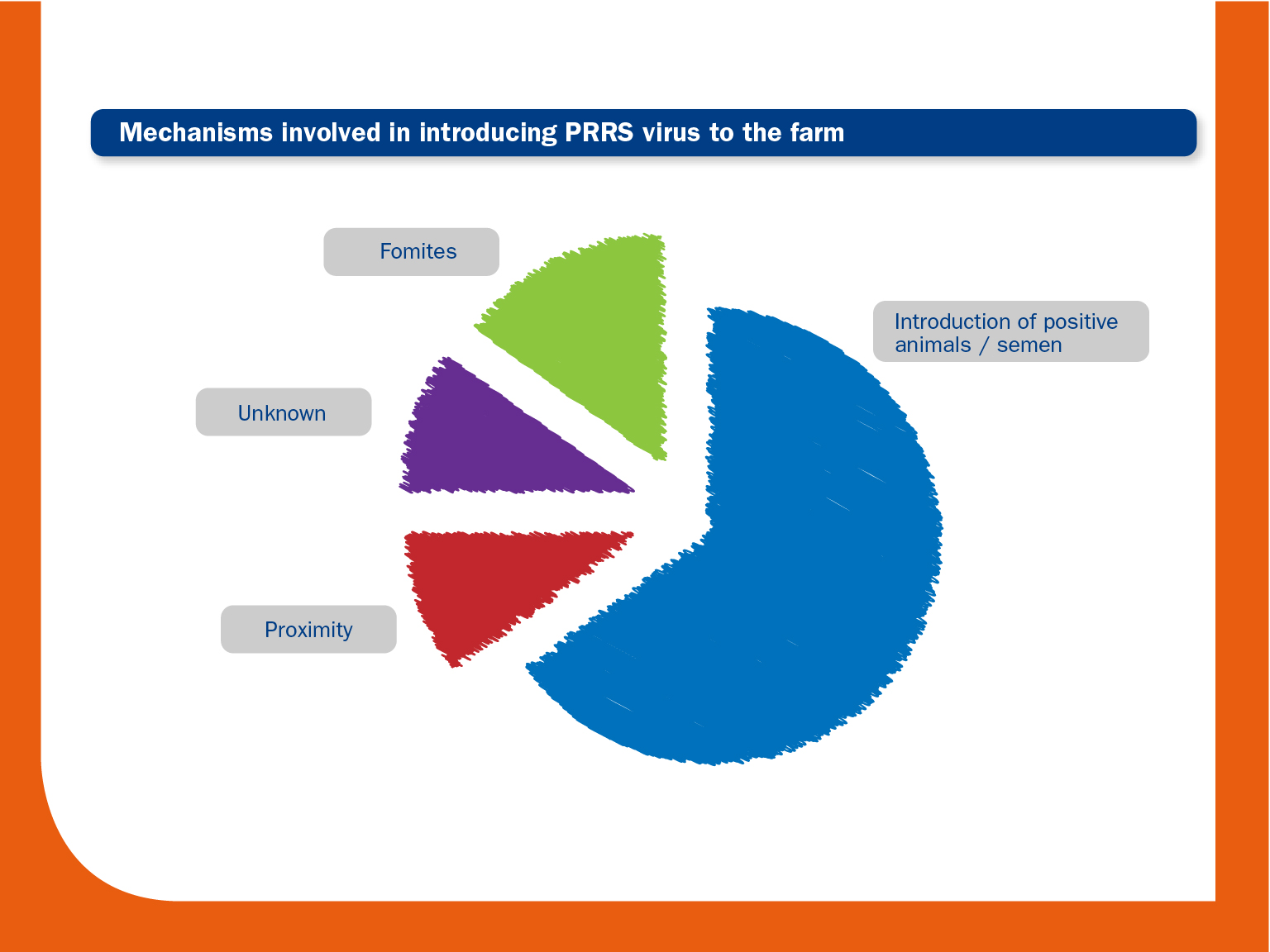 The virus can survive in lagoon effluents and remain infectious up to three or eight days at 20 ºC and 4 ºC, respectively.

Consequently, the recycling of lagoon water must be considered as a high risk practice. Also, PRRS virus can survive in water for more than a week.

Therefore, it is very important to completely dry all surfaces (equipment, facilities, transport vehicles, etc.) after washing and disinfecting.

In pig meat, PRRS virus can be detected for at least one week at 4 ºC and for months under frozen conditions (-20 ºC); uncooked pig meat should not be allowed into the farm.

Some authors have claimed that long distances (more than 3 or even 9 km) airborne spread of PRRS virus is possible. However, airborne transmission cannot always be demonstrated.

In some cases, airborne transmission of PRRS virus cannot be detected in pigs sharing the same air space (in the same unit).

In other cases, it has been demonstrated only for short distances (a few meters). In some countries, it has been estimated that over 1 kilometer beyond the initial outbreak, the probability of becoming infected through area spread is extremely low.

In conclusion, methods of indirect transmission such as vectors seem to be more important than airborne spread.

Nevertheless, airborne transmission over short or long distances appears to be isolate­ specific (its seems more common in PRRSV2 strains) and, among other factors, depends on meteorological conditions.