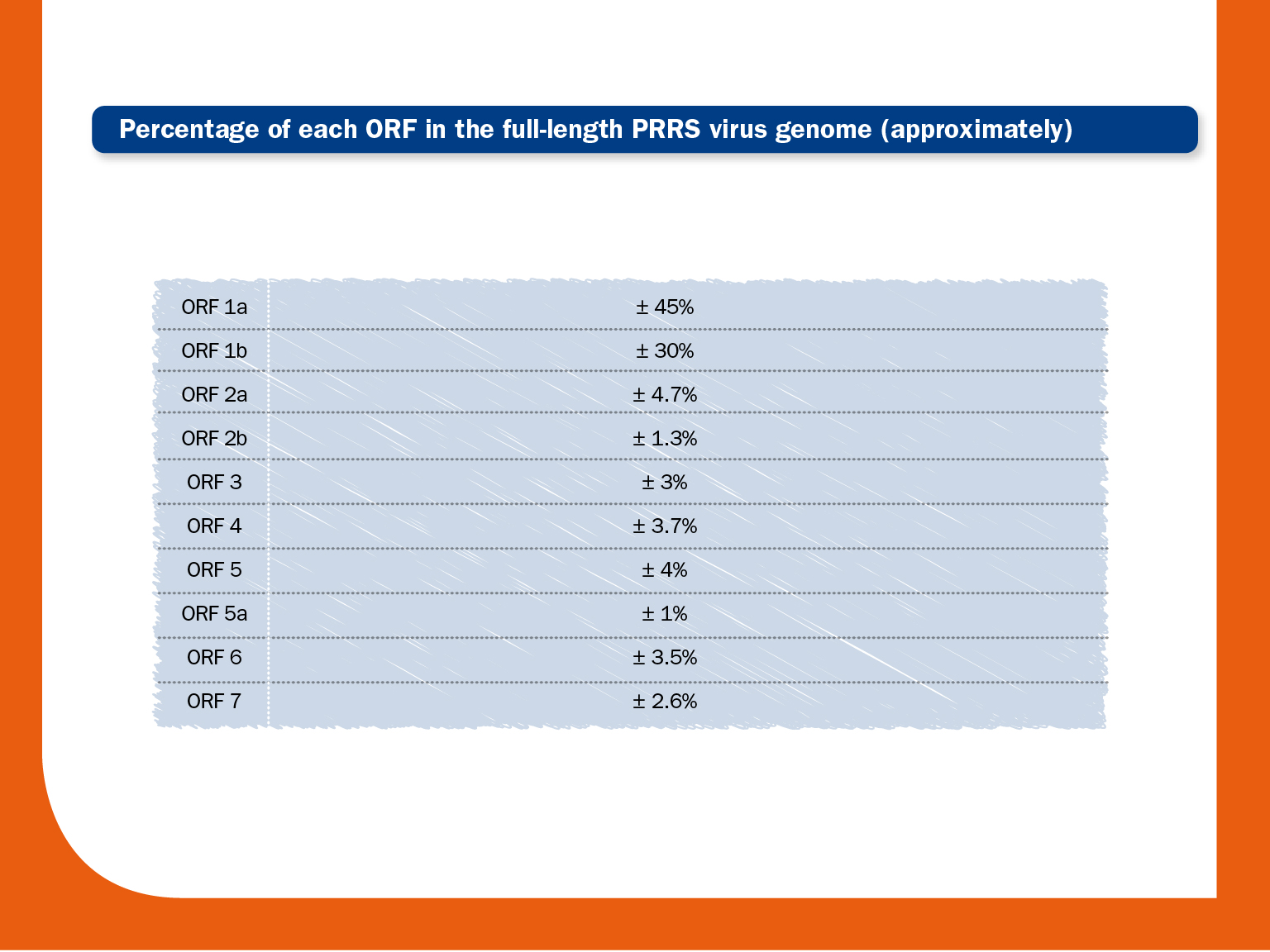 Downstream the 5’-UTR, the ORFs 1a and 1b are translated in two poly-proteins (pp1a and pp1b) that after cleavage yield 14 non-structural proteins (Nsp’s), including four proteases, the RNA-dependent RNA polymerase, the helicase and an endoribonuclease.

These proteins are expressed only during the replication and they are not part of the virion.

They include major and minor structural proteins:

The virion RNA serves as both genome and viral RNA messenger; therefore, it can directly encode the proteins.

The PRRS virion is spherical, about 45-80 nm in diameter. Recently, cryo-electron tomographic studies have suggested that the viral nucleocapsid has an asymmetric shape, rather than the isometric core previously assumed. The nucleocapsid, which is formed by the N protein and the RNA genome, is surrounded by the lipid-containing envelope. 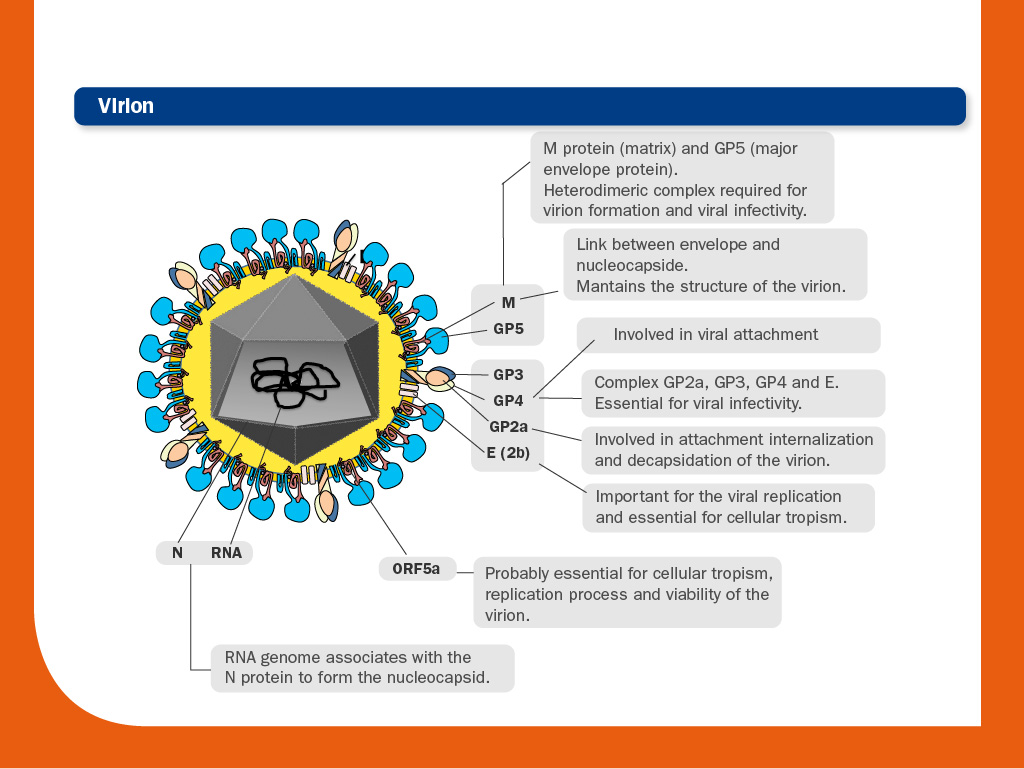