7 What is the role of NAs and cell-mediated immunity?

Passive transfer studies have demonstrated that specific antibodies against PRRS virus are capable of protecting animals from homologous challenge.

However, the role of NAs in the course of infection is a controversial issue.

While some authors have reported a certain correlation between the appearance of NAs and the cease of viraemia or the clearance of the virus from lungs, other studies have suggested that for some strains, clearance of viraemia can occur without NAs; even more, viraemia and viral replication can persist even in the presence of NAs.

In relation to cell-mediated immunity, some studies have reported that IFN-γ may be associated with viral clearance in the absence of NAs.

As has been widely discussed, levels of NAs after PRRS virus infection/vaccination are usually low or nil.

Indeed, NAs effectiveness is limited against heterologous isolates since cross-neutralisation (neutralisation of a given strain by NAs induced by another strain) can be low even between similar strains.

Nevertheless, although exceptions exist, it seems that the higher the amount of NAs, the better protection against re-infection.

In terms of cell-mediated immunity, several studies have related higher frequencies of IFN-γ-SC, in the absence of NAs with clinical and virological protection.

This phenomenon has been described in sows and in piglets in terms of protection against reproductive and respiratory failures, respectively.

However, it is important to point out that as seen for the NAs, resolution of viraemia can be achieved even without apparent development of IFN-γ-SC.

Some studies have demonstrated that pigs with low IFN-γ-SC responses after vaccination can be protected from a PRRS virus challenge if high levels of NAs are present.

Examples of the role of NAs and cell-mediated immunity in viral clearance and protection: 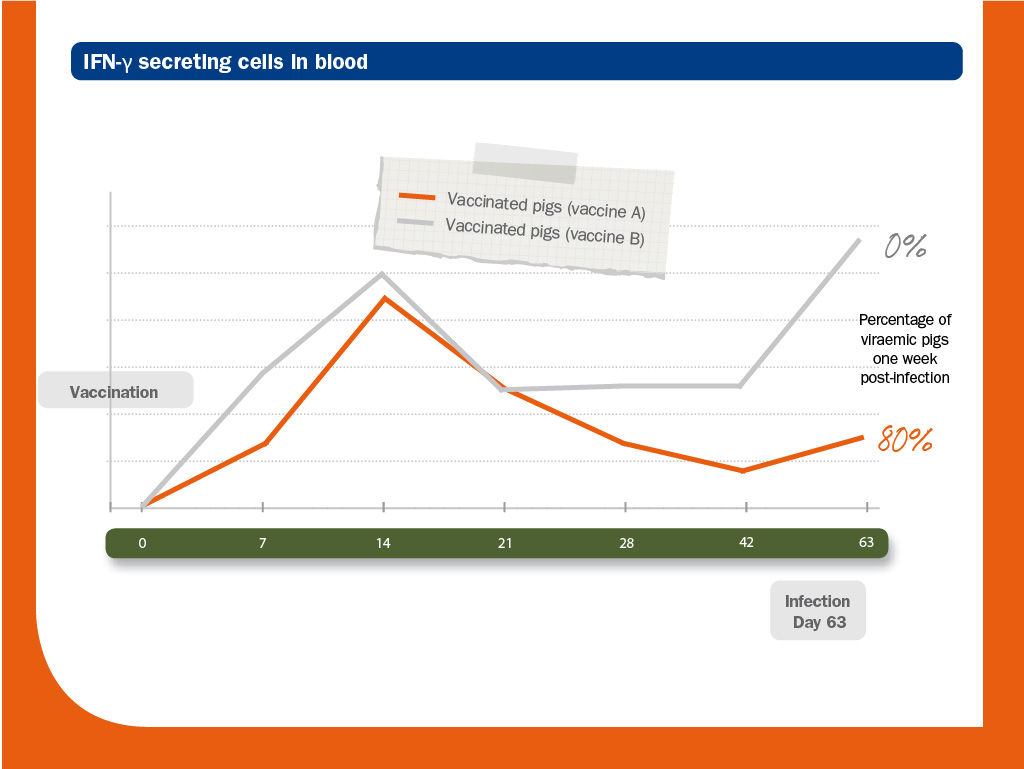 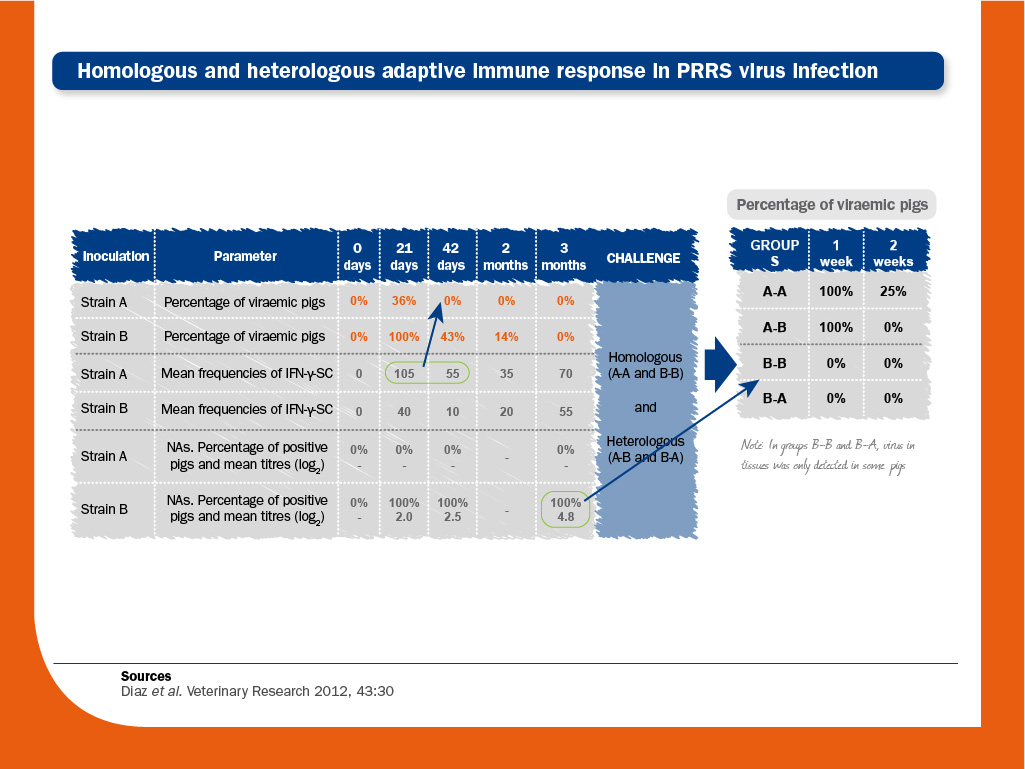 Overall, the results of this study suggested that “preformed NAs may have a protective role against infection, but animals devoid of detectable NAs may limit the spread of infection, thus indicating that cell-mediated immunity probably also contributes to protection”.