“Together Against PRRS”, a systematic monitoring program for PRRS on swine farms
Feb 19

“Together Against PRRS”, a systematic monitoring program for PRRS on swine farms

Porcine Reproductive and Respiratory Syndrome (PRRS) is still the disease with the greatest economic impact on swine production worldwide, causing significant productive and economic losses on pig farms due to reproductive failure in breeding females and respiratory distress in pigs of different ages (Rossow KD, 1994).

Owing to the fact that it is a disease with important aspects still to be clarified, the success of disease control depends on a combination of different strategies.

The role of monitoring in the global strategy against PRRS 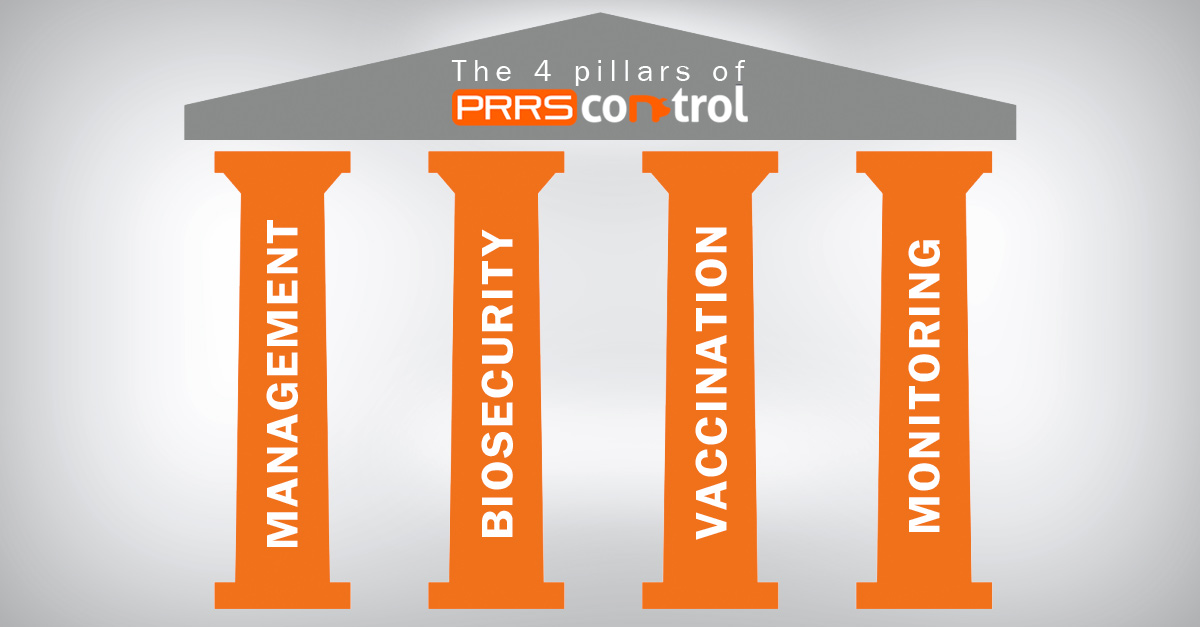 Image 1: The four pillars based strategy for the control of PRRS

Biosecurity, management or vaccination are three of these strategies, but in this post we are going to focus in monitoring, which allows us to use the most common diagnostic techniques for PRRS so that we can be informed of the status of the animals at all times, know at what age they are infected and how the virus is transmitted within the farm.

For this reason, epidemiological knowledge not only at farm but also at regional level is key for the control strategy for this disease. If we analyze the objective of monitoring at these two different geographical levels, we find some differences.

At regional or national levels, although in most European countries several PRRS diagnostic techniques are available, epidemiological knowledge on the disease is limited because PRRSv monitoring is normally used at individual farm level and with different criteria in different regions/farms.

At farm level, generally speaking, routine PRRS diagnosis is not implemented, but is used more just in case of an outbreak.

The lack of systematic monitoring of PRRSV leads to irregular and non-standardized information about the status of farms, making it even more difficult to understand how the virus flows within the farm and how to control it over time.

What it is “Together Against PRRS”?

“Together Against PRRS” by HIPRA, is a global integrated program for the control of PRRS, comprising systematic PRRS monitoring, biosecurity evaluation, vaccination plan design and productive and economic PRRS impact evaluation.

The PRRS monitoring program integrated in “Together Against PRRS” is based on the AASV’s sampling protocol and herd classification system proposed by (Holtkamp et al., 2011) that allows us to evaluate the epidemiological situation of PRRS over time. (Table 1). 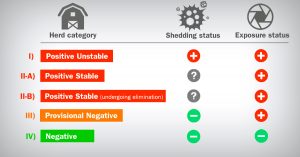 Between February and March 2017, 40 breeding herds (35 PRRS positive and 5 PRRS negative, 85,600 sows in total), belonging to a large integrated pig production group in Spain, enrolled in the “Together Against PRRS” program for a year.

How was the sampling protocol established?

All the positive farms adopted a diagnostic monitoring protocol, which consisted of monthly individual blood sampling of 30 due-to-wean piglets.

Sampled piglets were selected in accordance with the following criteria: one piglet per litter, preferably low-weight/weak piglets, and preferably from first parity sows.

Serum from individual blood samples were pooled (5 pools of 6 samples) and tested for PRRSV RNA by RT-PCR. Since no systematic PRRS diagnostic method was implemented previously, all positive farms were supposed to be positive unstable (PUS).

During the study period, the farms reached positive stable status (PSS) after 4 consecutive negative PCR tests for all tested pools, and they lost it when at least one pool was PCR-positive, becoming PUS again.

With the objective of describing the PRRSV genetic diversity amongst the study herds, selected PCR-positive results were submitted for PRRSV ORF-5 nucleotide sequencing.

What kind of samples were sequenced?

The selected PCR-positive results for sequencing were:

With this first post, we wanted to present the design and establishment of this systematic monitoring program for PRRS “Together against PRRS”.

This program allowed us to set the basis for our knowledge of PRRS epidemiology at both system group and farm level and provided key data for PRRS status farm classification.

In later posts, we will present the results at farm and group level and we will explain how these data will allow us to further evaluate the possible impact of PRRS farm status on the productive and economic performance of breeding herds and to further investigate epidemiologic factors related to epidemiology in the group and to plan strategic actions for the control of PRRS.