Several authors have estimated that a PRRS outbreak could cost a mean of approximately €100-200 for each sow in the farm.

After analysing PRRS outbreaks in nine sow herds, Dutch researchers calculated that the number of sold pigs per sow could be reduced by up to 1.7 (-18%) and that the impact cost of PRRS during the outbreak taking into account production data, medication, diagnostics, labour, etc. resulted in losses of between €59 and €379 (mean loss €126) for one sow per 18-week outbreak period.

According to the authors, financial losses varied due to the:

Other reports suggest  a similar impact of the disease in other European countries. For example, analysing PRRS outbreaks on Spanish farms, it has been estimated that losses in a phase 1+2 farm (2,500 sows) could be as high as €222,000 during a six-month period.

Moreover, costs related to be positive and unstable (i.e. birth of viraemic piglets) are in the range of €30-50 per sow/year even with no clear clinical manifestations. 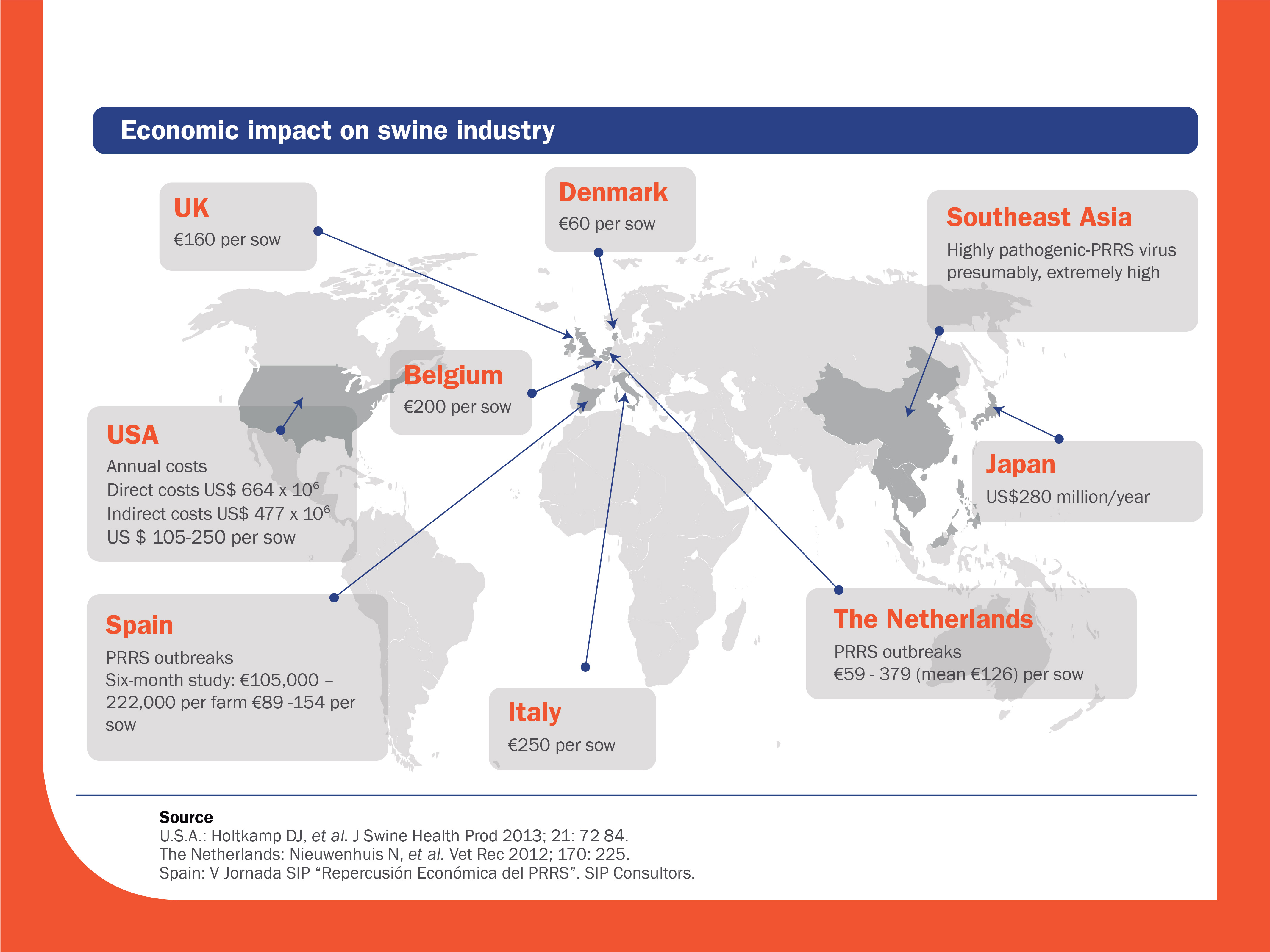 The 2013 study differed most significantly from the first one in the allocation of losses:

According to the 2013 study, total additional costs (indirect costs) attributed to PRRS, such as vaccination, biosecurity, etc. might be US $477 million per year. Thus, both direct and indirect PRRS costs in the U.S.A. may exceed one billion (US $1000 million) per year.

Some authors have estimated that PRRS annually causes 8 million fewer pigs weaned. The impact of the disease in Canada and Mexico may be similar.

It can be assumed that the emerging of highly-pathogenic PRRS virus strains in Asia has significantly increased the PRRS economic impact on that continent. Just as an example, it has been estimated that PRRS in Vietnam has much greater impact on the meat market than any other animal disease.