Two genotypes were recognised (type 1 or European, and type 2 or North-American). Type 1 is the predominant genotype in Europe while type 2 is the most prevalent in America and Asia.

Nowadays, they are designated as two different virus species: PRRSV1 and PRRSV2. Within PRRSV1, at least 4 different subtypes have been reported; subtype I is predominant in Western Europe whereas subtypes II, III and IV have been isolated only in countries eastwards of Poland until now. Regarding PRRSV2, two clades have been described.

Nevertheless, both PRRSV1 and PRRSV2 are disseminated worldwide; they can be found in almost all pig-producing countries, with the exception of Australia, New Zealand, Scandinavia, Switzerland and some South American countries that are PRRS virus-free. 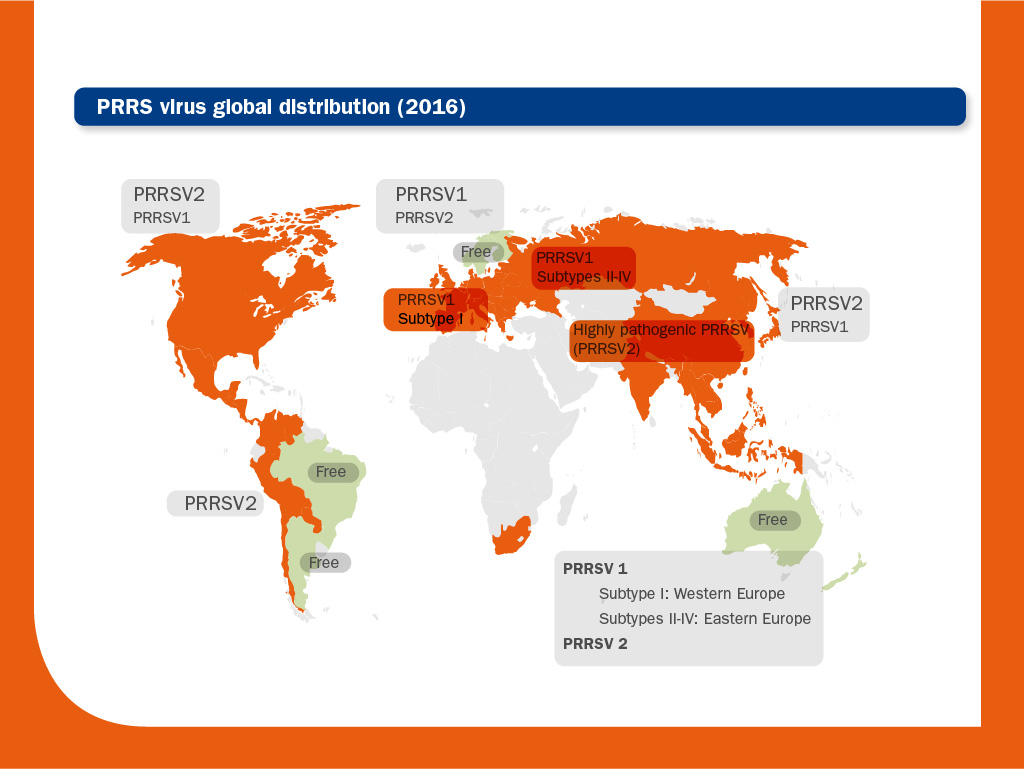 As can be deduced from the PRRS virus global distribution map, the risk of intercontinental transmission of any strain, including the highly pathogenic strains detected in Asia, is extremely real. Also, as has recently been observed in Chile, the re-introduction of PRRS virus in a PRRS virus-free country can be devastating.