The PRRS virus genetic diversity is the result of mutation and selection, but also recombination: 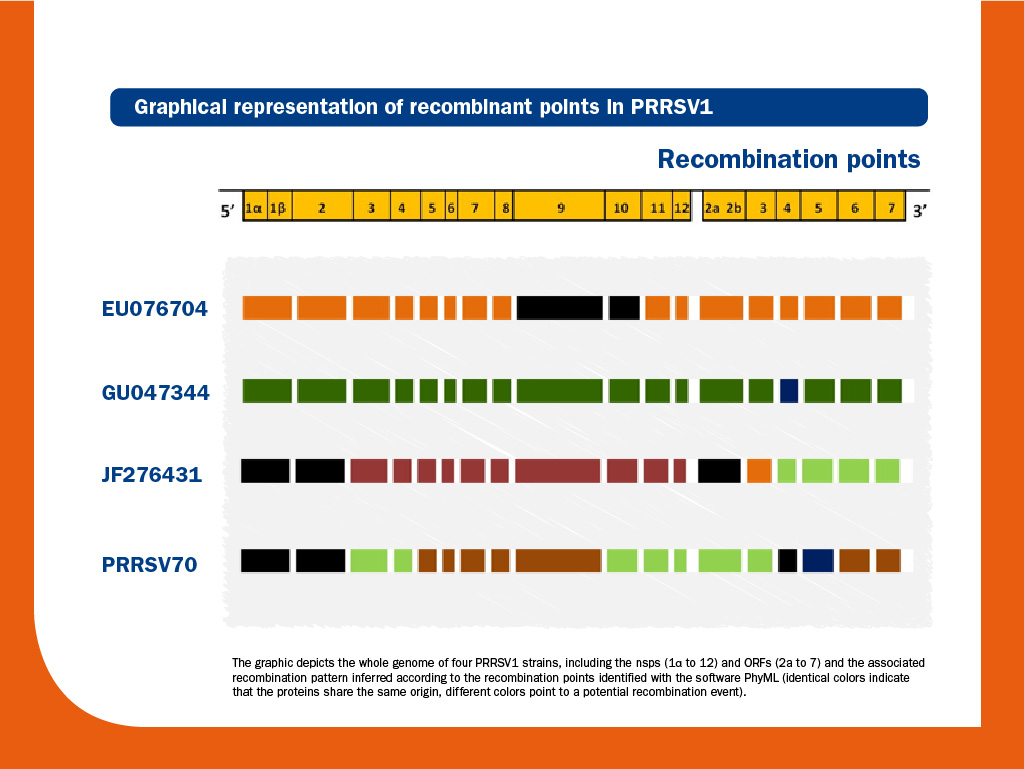 For a recombination to occur, two or more different isolates must be present at the same time in the same pig. However, even in these circumstances, recombination may not occur; it’s a matter of probabilities.

When recombination occurs we cannot predict whether the resulting virus will be or not different in terms of virulence, rate of replication, capacity to replicate in particular tissues, immunogenicity… to the parental strains.