Since the disease emerged, PRRS virus has disseminated worldwide, gained genetic diversity and, in particular cases, increased its virulence. The basis for the virulence, however, remains unknown, despite being investigated with a variety of different approaches.

Also, the most virulent outbreaks reported until now have always been related to PRRSV2 isolates.

However, it is important to emphasize that there is a severe lack of data on the pathogenesis of Eastern European isolates (subtypes II, III and IV).

Therefore, we cannot completely rule out the possibility that highly pathogenic strains could exist within PRRSV1. Irrespective of subtypes and species, PRRS virus isolates vary markedly in virulence.

Thus, at a regional level, it is possible to detect higher and lower virulent strains.

Some examples of virulent strains are described below:

Numerous severe PRRS outbreaks have been reported from North-American farms, mainly in the U.S.A.

In the last twenty years, four outbreaks have been particularly significant:

By the end of that year, the disease had already been detected in 16 provinces affecting over 2 million pigs with about 400,000 fatal cases. Subsequent analysis demonstrated that the disease was caused by an atypical highly virulent strain of PRRS virus.

Since then, highly-pathogenic PRRS virus (HP-PRRSV) can be isolated around the East, South and North of Asia, including China, Vietnam, Bhutan, Cambodia, India, Indonesia, Laos, Malaysia, Myanmar, the Philippines, Russia, Singapore, Thailand, etc.

Nowadays, it has become endemic in some of these countries and continues to have a devastating economic impact in all of them.

During outbreaks, high fever, cough, anorexia, red discoloration of the body and blue ears, as well as multiple visceral lesions can be observed, with a morbidity close to 100% and a high mortality, even in adult pigs. Hemorrhagic lesions are commonly observed in lymph nodes, lung, spleen, liver, heart and kidneys.

In fact, PRRSV antigen can be detected not only in lungs and lymphoid tissues but also in liver or kidneys.

According to ORF5 phylogenetic analysis, it seems that HP-PRRSV might have evolved from strains previously detected in China.

According to the analysis, the new isolates NADC30-like have been recently introduced from North-America and have undergone genetic exchange with the classic HP-PRRSV strains, all on a relatively recent time scale.

Therefore, it seems that importation and recombination have been responsible for these latest emergence of highly-pathogenic strains. These new strains have spread to several provinces in China and seems that have a high pathogenicity. 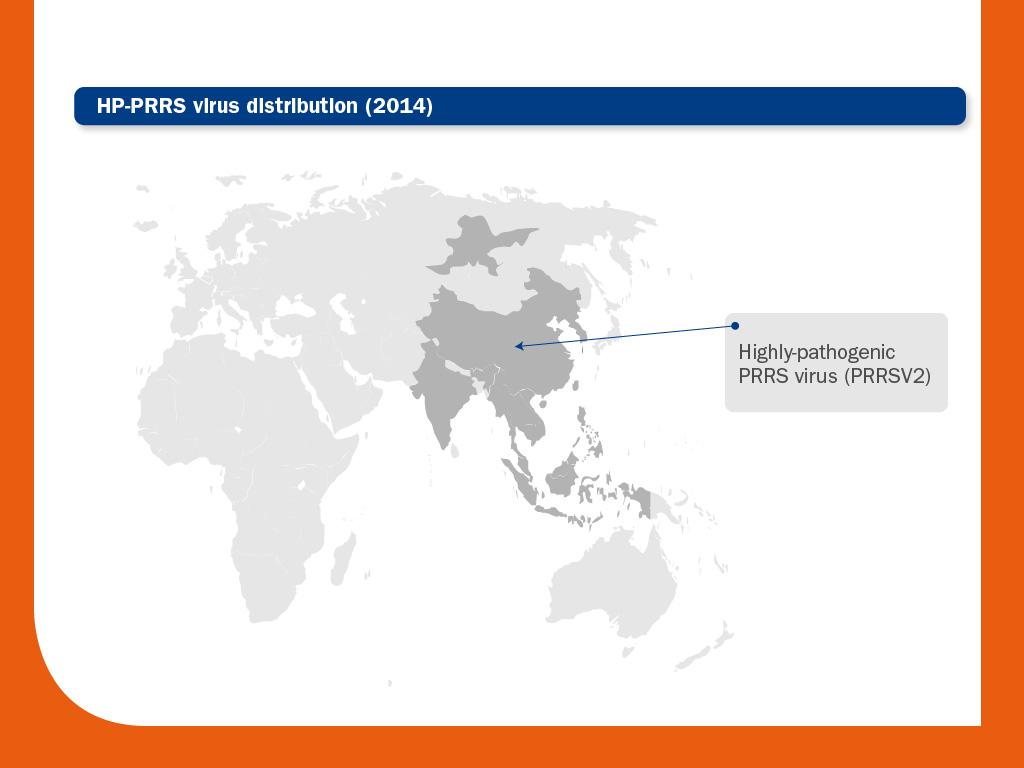 Although the basis for HP-PRRSV virulence remains unknown, some authors claimed that Nsp2, Nsp9 and/or Nsp10 may be involved in the fatal virulence of HP-PRRSV.

In this sense, nsp9 and nsp10 seems to be closely related to the replication efficiency of the HP-PRRSV strains in vitro and in vivo, and therefore, to virulence and pathogenicity.

Other studies have concluded that aberrant immune responses triggered by HP-PRRSV infection could be closely related to acute lung injury.

In any case, HP-PRRSV strains may infect a broader population of cells, which means greater distribution of lesions in tissues. Secondary infections –Streptococcus suis, Haemophilus parasuis, etc.- also seems to play an important role in the severity of disease caused by HP-PRRSV. 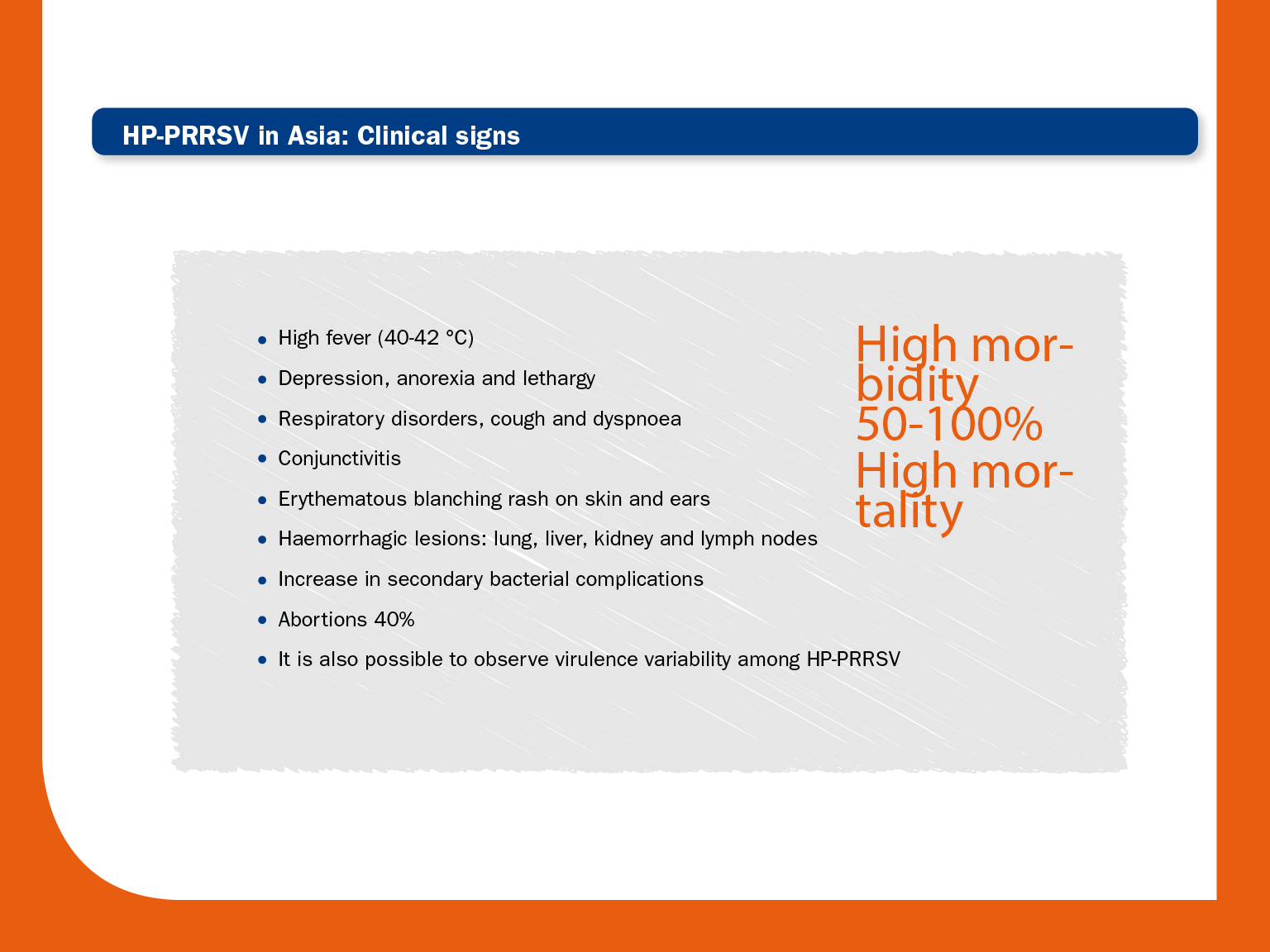